Being a Born-free. Violence, Youth and Agency in Zimbabwe

In this new research report from IDS, Marjoke Oosterom and Lloyd Pswarayi present the findings of case study research with youth in six locations in Zimbabwe, carried out within the Power, Violence, Citizenship and Agency (PVCA) programme. It shows how young people experience growing up as citizens in a country known for its repressive regime, and highlights the differences for young men and young women.

A new blog from Better Evaluation

In this new blog from Better Evaluation, practitioner Irene Guijt explores what lies behind the term “feedback”  which is increasingly being used by organisations and businesses in a variety of ways.   She asks what is actually meant by this term and its permutations - such as feedback mechanisms, client feedback and feedback loops -  and why there is a sudden surge of interest in it.  She also questions whether and how this is different to more familiar and longer standing modes of monitoring and evaluation.

Including People with Disabilities in Emergency Relief Efforts

The World Health Organization (WHO) estimates that around 15 per cent of the world’s population, or one billion people, have some form of disability. According to the United Nations Development Programme (UNDP), 80 per cent live in poor countries, where communities are already more vulnerable to disasters and crises such as Ebola epidemics, with people with disabilities often disproportionately affected.

Top book recommendations from our team... No.3

Members of the Participation Team at IDS were recently asked for their "top book of all time on participation".  This week it’s the turn of Robert Chambers who’s added a second -

Reframing Undernutrition: Faecally-Transmitted Infections and the 5 As

Despite many initiatives to assure food access, and growing economies, high levels of undernutrition persist in much of Asia. This Working Paper explores the increasing evidence that this is due to the continuing high incidence of open defecation (OD), combined with population density, which has mulitiple debilitating outcomes.  With the focus on diarrhoea-related ill health, there has

This new Methodological Brief from UNICEF looks at participatory approaches in impact evaluation.  Written by Irene Guijt, this practical briefing explores what participatory approaches are, when it is appropriate to use them and how to make the most of them – all in the context of impact evaluation.  It goes on to look at ethical concerns, analysis and feedback and good practice.

Top book recommendations from our team... No.2

Members of the Participation Team at IDS were recently asked for their "top book of all time on participation".  The second book choice to be featured is from Danny Burn 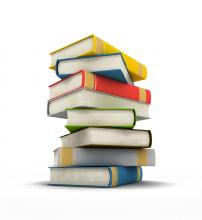 s, Fellow and Team Leader.  His choice is: 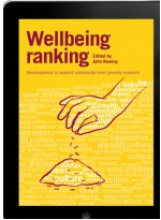 This new book from Practical Action Publishing explores well-being ranking.  This method has developed from wealth-ranking and incorporates the broader aspects of well-being - such as social standing and health – that people value as much as material wealth.  It tells of the rise of these methods since the 1980s and at how well-being ranking exercises can help identify important differences within communities

There is a growing demand to channel collective energy towards justice and equity in health, and to better understand the social processes that influence health and health systems. Just published, Participatory Action Research in Health Systems: a methods reader, by Rene Loewenson et al aims to promote understanding of PAR and provide information on its

Top book recommendations from our team...

Members of the Participation Team at IDS were recently asked for their "top book of all time on participation".  Each week we'll feature one person’s top book.  This week it’s